I was inspired to write a long-form post on IG from another post by Dutch Chris Moyer. 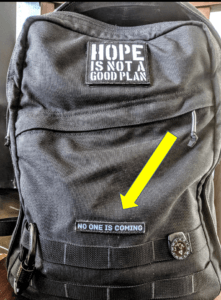 We talk about Resistance, in the Steven Pressfield-sense of the word, with all of it’s epic inflection and life-or-death stakes. And that is helpful on a number of levels for a lot of people – to be in a fight that is considered epic, legendary, the highest stakes – your life, your happiness, your legacy – and also timeless – seeing ourselves as a hero in our own Hero’s Journey.

But that high-level all-or-nothing version of resistance is helpful really only in small measures – either as a daily reminder in a meme, calendar notification, on the mirror you use in the morning to get ready for your day, or longer meditations and deep dives into the subject on retreats or spread-out strategic thinking days, quarterly or annual self-assessments, etc.

It’s the day-to-day struggle, that literally begins the moment that you wake up in the morning, before you even open your eyes – the thoughts of dread at doing the things you don’t want to do, that you think are a waste of time and not core to your real goals and ambitions, the hard work – the thoughts of exhaustion; not of exhaustion in the moment but the foreshadowing of exhaustion at whatever time later that day or night, that seems so far away, when you will be able to go to sleep again.

I have pals who literally JUMP out of bed and scream “It’s going to be a great day” – Tony Robbins-type get the heart pumping and shout out your positive affirmations to the world to manifest etc etc etc. Good for them. That’s not me and has never been. Tried it. Not for me. Different strokes. That’s why they make both vanilla AND chocolate.

I am more of a two-step crush resistance guy, at least in the beginnings of each day.

Step 1: The countdown in my head from when I regain consciousness from sleep from 5 to 1 – that idea of the 5 Second Rule shared by Mel Robbins that as humans we have an internal clock of 5 seconds where if we delay longer than that we are most likely not to do the thing we are procrastinating on. So I hear a sound or feel a feeling and realize I am waking up – eyes still shut. I start counting backwards.

Most mornings, at Two is where step two of my process begins and ends, in a collapsed time-frame of less than a second, or before I would count off “One.” I picture a version of myself ONE YEAR from that exact moment, living the type of life I would likely be if I didn’t get out of bed and start doing the things I need to do.

Some mornings, it’s about struggling financially, not being comfortable with living this lifestyle at my age (or at a year older), sometimes it’s about being alone – I’m likely to find a partner that is a great match if I am the person who embodies those qualities and characteristics and traits I want in a partner – and I want a partner who is a BALLER- whether they are a PhD, a barista, or a CEO, they should be exceptional at it, passionate and successful due in large part to their work ethic and longing to ‘get after it.’

Some days its more dire, more morbid. What if at some point between the moment I am trying to get myself motivated enough to get out of bed and live the life I’m fortunate to be able to chase my dream, it is cut short. What if in the next 364 days I die?

And it doesn’t matter if I go quietly in my sleep after an epic night with a supermodel or getting hit by a bus – there is no consolation to be had because my legacy isn’t manifested and my goals aren’t met yet.

Then I realize there is SO MUCH to do that even when I get out of bed I can’t get it all done, and that isn’t a scary thought it is a motivator- a challenge- get out and do it – figure it out, Essentialize, prioritize, cut away and clarify so that you can make a difference.

And in that final moment, in frozen-time, before I am about to mutter the word “One” to myself, I roll over, open my eyes, and lean into the day.

Now, most folks would like to have you believe (and believe themselves) that once you overcome the resistance to starting, you’re all good – the rest is a cakewalk.

Bullshit. It’s a fucking slog. Every day is a battle in the Long War of your life.

Some you’ll win. Most you’ll lose. Sometimes you’ll feel accomplished and warm-fuzzies and the burst of happiness and ownership in doing a great job, being recognized, being loved, winning. Most times you will go to bed knowing you did alright, not your best, but given the chance to wake up tomorrow you’ll get a little closer to your best.

EVERY DAY it’s You AGAINST You.

And the battle never ends, not until you die and don’t wake up for the first time.

And that’s glorious, because it means you get the chance to fight for your life and your meaning and your legacy each and every day. It means by choice or by necessity, you are a warrior.

And to survive (and hopefully thrive) you must adopt a warrior mindset.

Stay Zero because this day may be your last.

Lean into it, with no regrets.

Even if you meet tons of resistance that day and suffer great losses, make at least ONE TINY SMALL ALMOST IMPOSSIBLE TO SEE point of progress in some area that matters most. Even if it’s a minute in your car or eyes closed in the shower for meditation or deep-thinking, even if it’s one email you shot off that will matter, etc.

(You can pick up patches and stickers from 30 Seconds Out like the one I have as reminder on the bottom-third of my backpack in the pic above).

As always, follow my Legacy Mentor feed on Instagram for daily quotes, book and product reviews, and knowledge bombs. www.instagram.com/legacymentorofficial 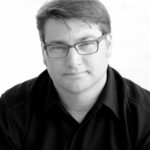 DAMON D’AMORE
I’m an executive mentor and advisor to C-Suite executives and select entrepreneurs, public speaker and the founder of Legacy Mentor.